About
Hey Runners! We are working long hours to update races that are cancelled, TBD, postponed, and/or converted to virtual due to COVID-19.

We are making progress every day. Thanks for your patience.

In the spring of 2003 Don contacted Mary and Bill and proposed a merger. Don continued to help with results for another couple years, and Mary and Bill maintained the rest of the site.

With the sites merged, Bill and Mary launched a new and improved Running in the USA in the summer of 2003. 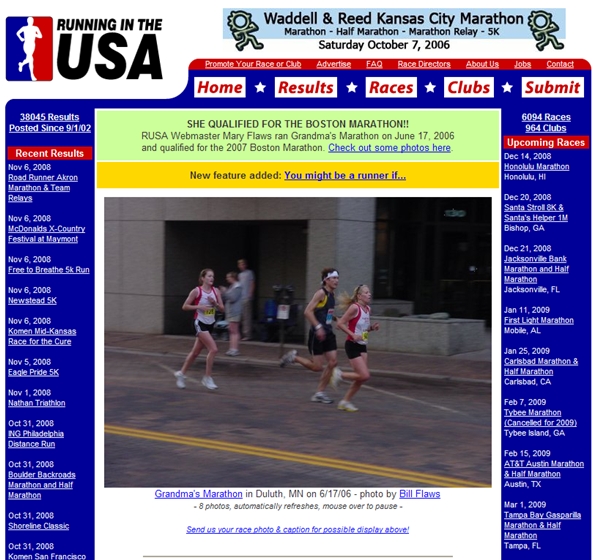 After three years, Bill and Mary were ready for a change, and redesigned the website. Our slogan Work Hard. Play Harder. was launched late in 2007. News and Photos features were added in the fall of 2008, while a new redesign was quietly underway. 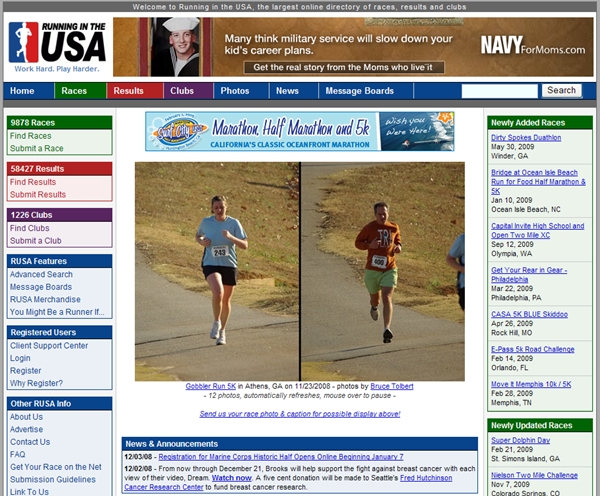 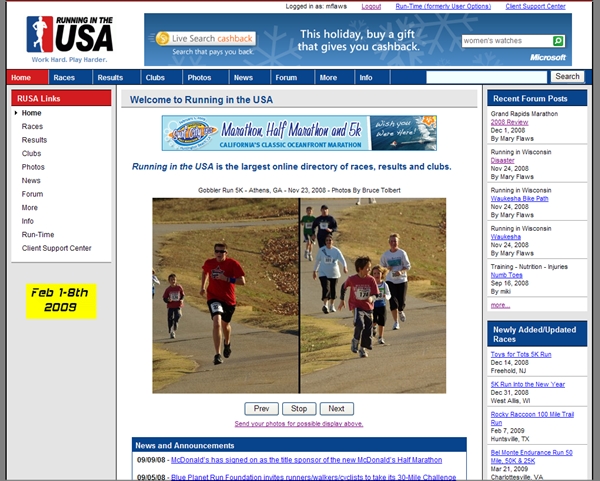 Can you believe we haven't changed anything significant in 9 years?!?! 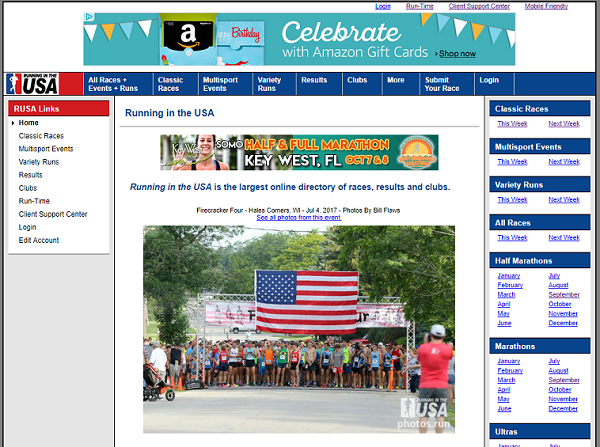 To handle the growth over the years, we needed to improve our race directory search engine. We created separate directories for Classic Races, Multisport Events, and Variety Runs. We expanded our search options, and optimized the engine yielding faster and easier searching.

Race Series and Race Organizations - and linking them to races...
​